The advance polls are now closed

You can vote in City of Saskatoon municipal elections if, on the day of the election, you are:

Please note: members of the armed forces, and students, who are at least 18 years old and Canadian citizens are eligible to vote immediately upon becoming a resident of Saskatoon; They do not have to have lived in Saskatoon for 3 months, or in the province for 6 months. Students and armed forces members must still produce valid voting identification which includes at least one document with the voter's current address (see below for options).

There are three basic options for valid voting identification; You must have with you one of these options:

On election day, you must vote at the polling station in your neighbourhood.

The Ward 2 polls on Election day - Wednesday October 26th are: 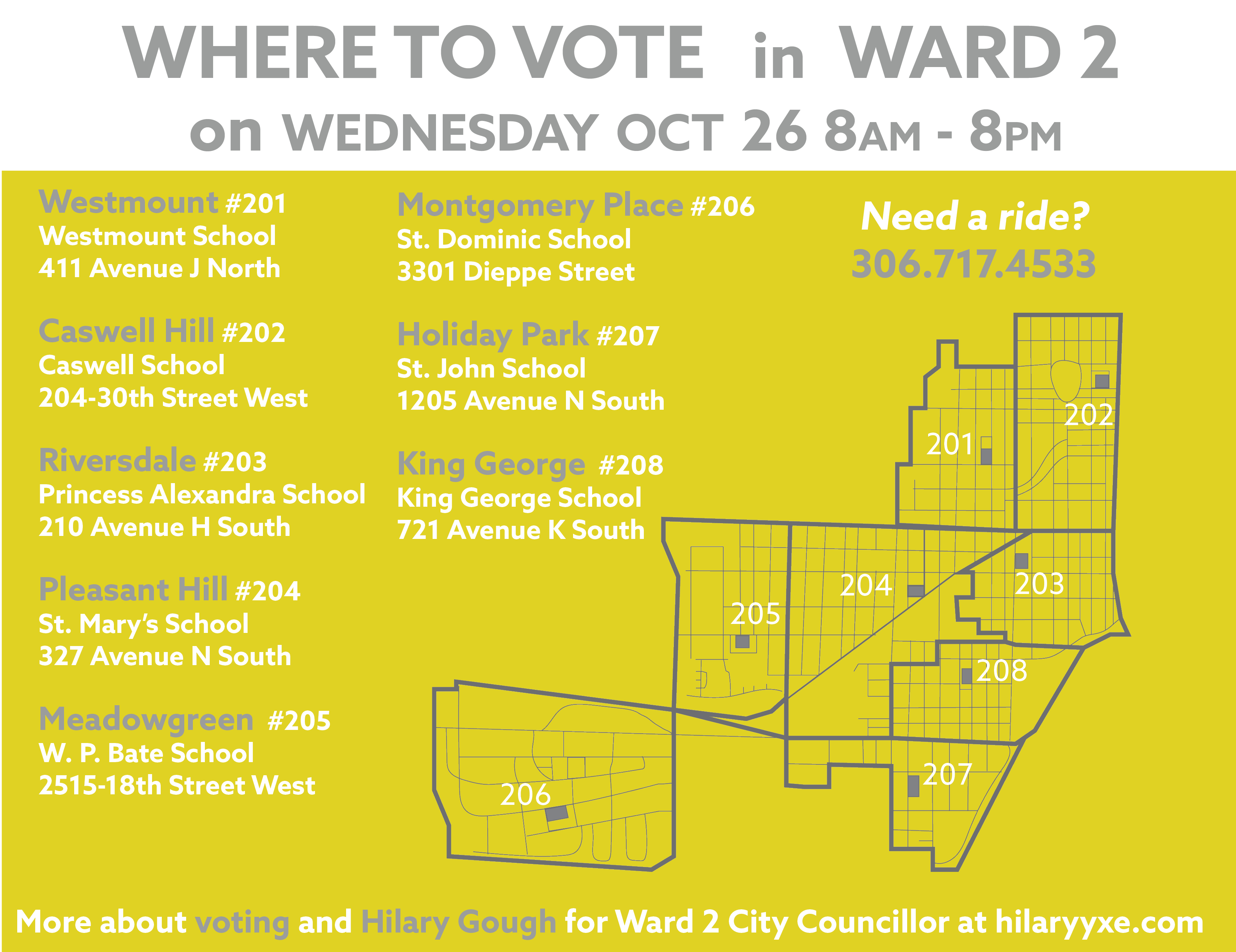